24th Annual Running of the Bull 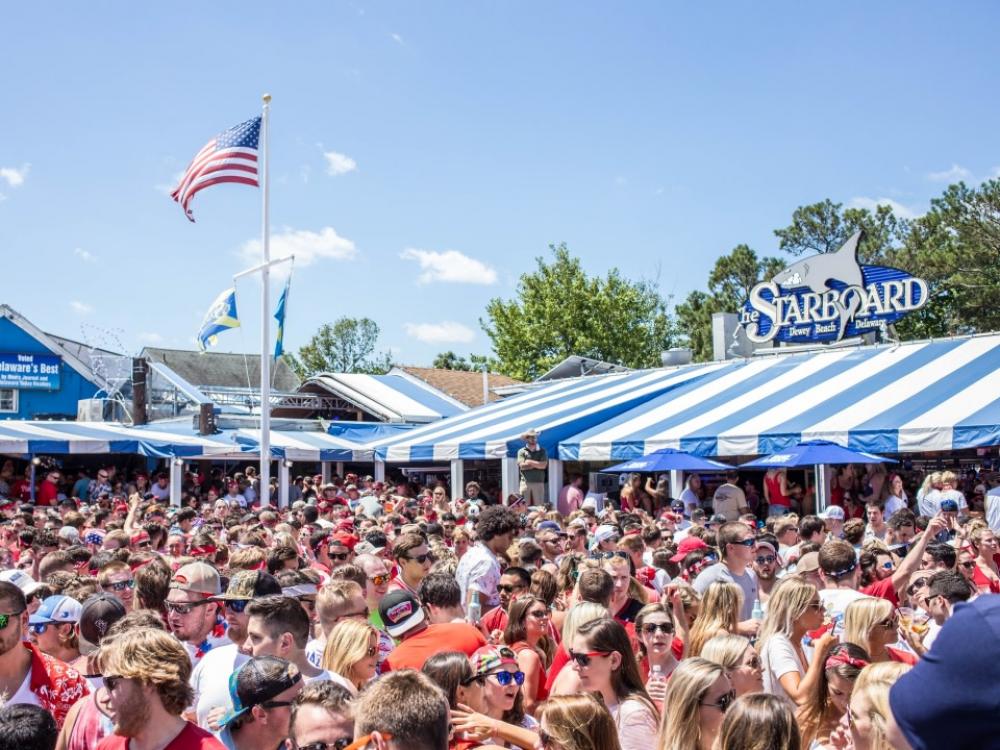 People of various states of mind, from the brave to the weird to the just plain drunk, gather at the Starboard in Dewey Beach, DE, to run with the Bull. Dressed in the traditional Pamplona white clothing and red bandanas (and the less traditional bikini tops, kilts, clown wigs, and whatever they feel like), the bull runners meet at the Starboard in the early morning hours (which run from 11 AM to 1:30 PM in Dewey) on the appointed day, where they enjoy beverages, loud music, and general pre-run festivities (like the meeting and greeting of the Bull, but mostly just beverages and loud music). At 2 PM, the Run officially begins.