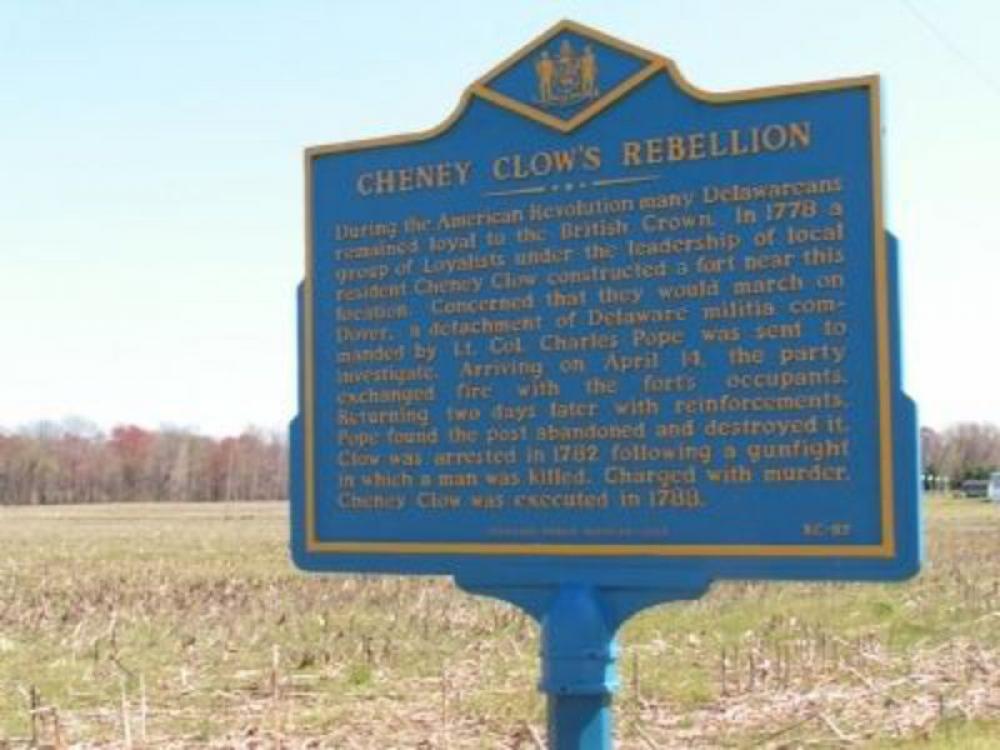 During the American Revolution many Delawareans remained loyal to the British Crown. In 1778 a group of Loyalists under the leadership of local resident Cheney Clow constructed a fort near this location. Concerned that they would march on Dover, a detachment of Delaware militia commanded by Lt. Col. Charles Pope was sent to investigate. Arriving on April 14, the party exchanged fire with the fort’s occupants. Returning two days later with reinforcements, Pope found the post abandoned and destroyed it. Clow was arrested in 1782 following a gunfight in which a man was killed. Charged with murder, Cheney Clow was executed in 1788.