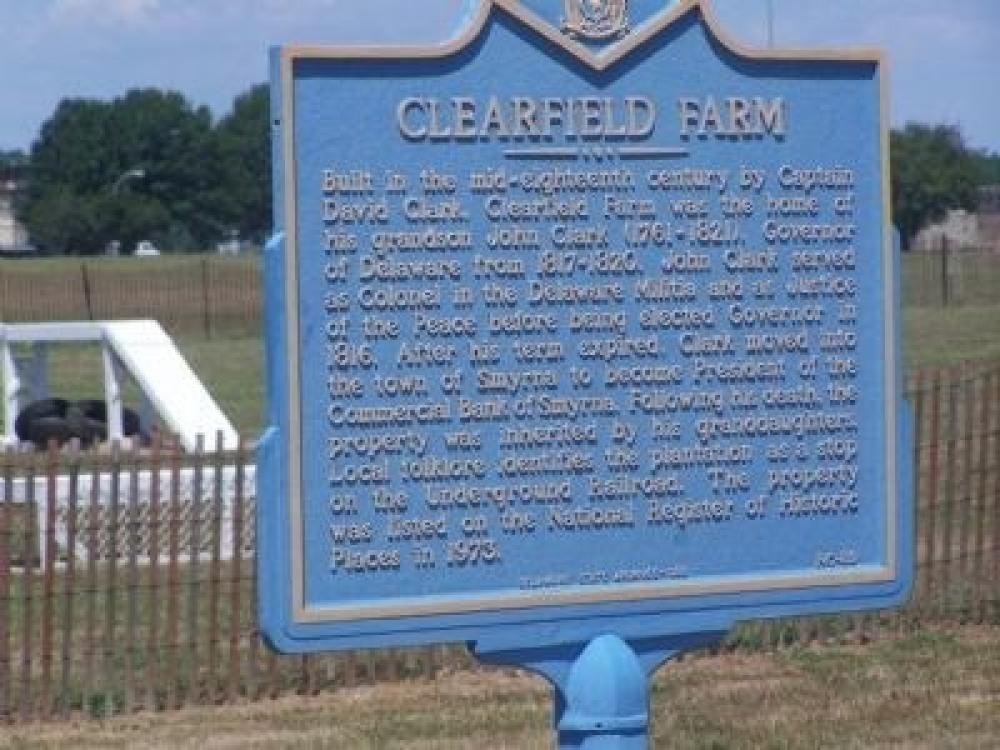 Clearfield Farm in Smyrna, Delaware was built in the mid-eighteenth century by Captain David Clark, Clearfield Farm was the home of his grandson John Clark who was Governor of Delaware from 1817-1820. Following his death, the property was inherited by his granddaughters and Daniel Corbit, an Abolitionist stationmaster became their guardian. Local folklore identifies the plantation as a stop on the Underground Railroad. The marker is located approximately one mile south of the intersection of Paddock Road and Smyrna Landing Road.